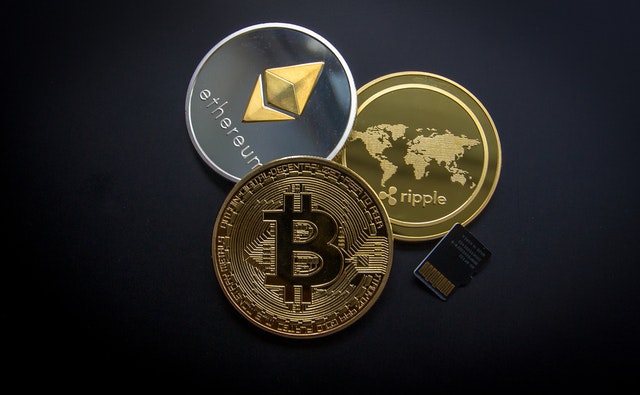 Dogecoin, a very popular cryptocurrency, is more specifically a ‘memecoin’. Memecoins are a class of cryptocurrencies that are inspired by viral or trending memes and are usually based on the same concept. They don’t offer utility and are solely for the purpose of trading.

Dogecoin was created in the year 2013 as a joke which quickly gained the attention of people all around the world and is one of the most predominant memes coins in existence at present. Let’s take a deep dive into dogecoin to know everything about it.

Dogecoin was created as a joke in late 2013 by software professionals Billy Marcus and Jackson Palmer, Reddit acquaintances who had never met in person. They blended two prominent topics in their online community at the time: the ascending cryptocurrency Bitcoin and a then viral meme depicting a Shiba Inu and a misspelled form of the word “dog.”

To the amazement of its inventors, Dogecoin took off almost quickly, with the website having over a million visits in the first month. Part of what made Dogecoin so amusing was that it was (and still is) a full-fledged cryptocurrency with its own blockchain and a mining scheme similar to Bitcoins. DOGE’s historically low prices, you could get it for a fraction of a penny, and abundance of the coins have recently made it appealing to speculators hoping for a price increase. Using Shiba Inu as its emblem, Dogecoin advertised itself as a more fun alternative to Bitcoin. The informal introduction of Dogecoin matched the tone of the emerging crypto community. Its scrypt algorithm and limitless supply argued for a speedier, more versatile, and user-friendly cryptocurrency, unlike Bitcoin.

Dogecoin attained cult status in early 2021 on Reddit’s WallStreetBets message board which ended up driving the value of the token and also got the attention of Gamestop, the prominent gaming company who’s devotees pledged to boost its value “to the moon”.

Dogecoin price reached a high of $0.68 in May 2021, up from just under a cent at the start of the year. Elon Musk, CEO of Tesla, was also largely responsible for the enormous increase in Dogecoin’s popularity after naming Dogecoin his favorite cryptocurrency. By the middle of 2021, Dogecoin was routinely ranked among the top five cryptos in terms of total market valuation.

Dogecoin’s value has plummeted since then, reaching approximately $0.11 in March 2022 and $0.19 in June. Convert DOGE to INR to see the value of the cryptocurrency in Rupees.

Here’s How Dogecoin Works And What Makes It Valuable

DOGE, like any other asset, is valued by the market based on supply and demand. Given the large and ever-growing supply, demand has had to skyrocket in order to push prices as high as they have reached lately. When Dogecoin prices reached a significant high in 2021, it gained a lot of media attention which created somewhat of a loop that attracted new and potential investors. This caused another price surge which lasted only for a short while. The factor of FOMO or “fear of missing out” generally attracts a lot of newer investors which is what happened in the case of Dogecoin. It took the Indian market by storm as well and attracted a lot of seasoned investors who wanted to buy dogecoin India.

Dogecoin operates on its own specialized blockchain, much like Bitcoin. Dogecoin’s digital ledger is regularly updated with new transactions, and the network employs cryptography to ensure the security of all transactions.

Miners employ computers to solve complicated mathematical equations in order to process transactions and record them on the Dogecoin blockchain, which uses a proof of work consensus method. Miners receive more Dogecoin in return for supporting the blockchain, which they may then keep or sell on the open market.

Dogecoin may be used to make payments and purchases, but it is not a particularly good store of value. This is mostly due to the fact that there is no lifespan limit on the amount of Dogecoins that may be generated via mining, implying that the cryptocurrency is extremely inflationary by design. The blockchain compensates miners for their efforts by producing millions of new Dogecoins every day, making speculative price rises in Dogecoin difficult to sustain over term.

Dogecoin has an unlimited supply of tokens which makes it a good commodity to hold and trade even considering its lack of utility. It is one of the most volatile cryptocurrencies in the market so being cautious while making any investment decisions is paramount. It’s always worthwhile to acquire a few coins and get acquainted with the system, but it’s definitely advisable to avoid investing more than a tiny amount of your hard earned money in a cryptocurrency that began as a joke.

How To Use Delta-8 THC for Maximum Benefit

What are the Benefits of Online Gambling? What are the Benefits of Online Gambling?

Trampoline Buyers Guide- How Much Weight Can Your Trampoline Hold?

How to Prepare for Winter Weather in Texas

Important Security Considerations for Your Restaurant

The Top 8 Tips for Making the Right Industrial Equipment Purchase