by Zaman Lashari
in Social Media Both Apple and Google, the tech giants in charge of the iPhone and Android phones’ operating systems, are taking new steps to try to limit the data apps can collect from their users. The new settings for both operating systems allow users to revoke the permissions requested by the apps they install at any time, limit access to their personal data while the apps are not in use, and always have first-hand information about what purposes are behind these data collections.

But are these measures enough?

Many specialists believe that it is not, since millions of apps continue to abusively collect their users’ data for the simple purpose of selling it to third parties. This is the reason why it is still common to find applications with relatively simple uses that require a whole series of clearly excessive permissions, taking advantage of the fact that most users tend to accept them without considering why.

The personalized advertising sales strategy proposed by the company ‘Meta’ (formerly known as ‘Facebook’) makes all its apps try to record the maximum amount of data from its users. This is why WhatsApp is one of the messaging apps that request the most unnecessary permissions. Still, the most monopolizing apps are Facebook and Instagram, which have alerted cybersecurity specialists on numerous occasions.

But, while the use of the data collected by Facebook is crystal clear – it is used to deliver targeted advertising on its platform – in other cases, there does not seem to be a direct relationship between the function of the applications and the request for permissions. The case of flashlight apps that request access to the contact list is frequently mentioned as a typical example of apps whose main function is to sell their users’ data to third parties.

Prayer apps add to the sale of private data

Sometimes, the apps that sell our data can take the most seemingly innocent forms. Recently, platforms like Pray.com have been caught selling user data to third parties, including the prayers and thoughts they wrote in the app. This information, which often involves the most intimate concerns of the people affected, could later be exploited for advertising purposes or even other darker objectives.

Educating ourselves on the dangers of transferring data to the applications we use on cellphones is, therefore, more important than ever if we consider the risk posed by these malicious apps. In this sense, prevention becomes one of the best ways to protect our data, so it is essential to verify at all times what permissions our apps request and to be as suspicious as possible of those that request excessive permissions with no apparent relation to their primary function.

Read also: How To Avoid The Interception Of Your Personal Data On Your Phone

Four easy ways to protect yourself from malicious apps

To protect the data you store on your smartphone and the information you send and receive from your cellphone, it is important that you adopt some of the following measures:

What is the Maximum Mortgage I Can Afford? 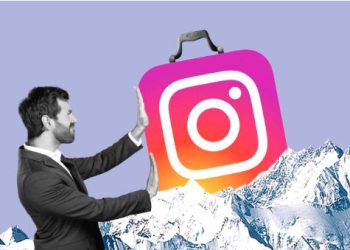 How To Advertise Your Business On Social Media: 5 Tips Guide to Skin Brightening and Lightening