Who Are Golf’s Highest Earners Before the LVI Blossoms? It is no secret that elite athletes earn sums of money that most people can only ever dream of. Top-tier players in any sports receive huge prizes for winning competitions, in addition to commanding enormous payments for endorsing products and services. Golf, one of the world’s most popular pastimes, is renowned for the enormous prizes its top players earn. The PGA Tour, in particular, awards hundreds of millions of dollars each season.

The five biggest winners on the PGA Tour have combined earnings of an incredible $424,348,300. The upcoming 2022 U.S. Open has a $17.5 million purse, up from $12.5 million last year, and awards its champion a cool $3,150,000. Golf has a new tour in town, one backed by the mega-rich Public Investment Fund of Saudi Arabia, the LIV, which is dishing out top prizes that have never been seen before. Should the LIV gain traction, some of the winnings you are about to learn about will be blown out of the water.

Northern Ireland’s Rory McIlroy ranks fifth in the PGA all-time money listings with career earnings of $65,754,549. The 33-year-old is one of the favorites in the latest U.S. Open golf betting markets online, so expect that impressive total to swell in the coming weeks.

At the age of 22, McIlroy became the youngest player ever to reach €10 million in winnings on the European Tour. The Irishman has since won 21 PGA Tour titles and secured four golf majors, although McIlroy has not taken down a major since winning both the PGA Championship and The Open Championship in 2014. Fiji’s Vijay Singh has $71,236,216 in PGA Tour winnings, ranking him fourth at present. Singh, a member of the World Golf Hall of Fame, has legendary status in the game. He was ranked number one in the world for 32 consecutive weeks in 2004 and 2005.

Singh is unlikely to add to his impressive 34 PGA Tour victories because the Fijian is now 59 years old, although he does still occasionally compete.

With $71,507,269 in winnings, American Jim Furyk ranks third in the PGA Tour’s money list. Amazingly, Furyk has never achieved the number one rank in the Official World Golf Rankings, although he was second in September 2006.

Furyk turned professional in 1992 and has since won 17 PGA Tour titles and one major, the latter being the 2003 U.S. Open. Known for his unorthodox golf swing, Furyk has an almost unnatural ability to reach the cut in high-profile tournaments.

California’s Phil Mickelson has earned a whopping $94,955,060 from PGA Tour competitions in a career spanning three decades. Nicknamed “Lefty,” Mickelson has won 45 PGA Tour titles (the eighth most in history) and three of golf’s four majors. Only the U.S. Open eludes him; Mickelson has finished second in the U.S. Open a record six times.

It is improbable Mickelson will add to his PGA Tour winnings because he is one of the high-profile players that has joined LIV Golf. The fledgling tour reportedly paid Mickelson $200 million to join them.

Unsurprisingly, the legend Tiger Woods has won the most prize money on the PGA Tour, a massive $120,895,206 to be exact. Woods holds the record for most PGA Tour victories (82) and is tied in second for European Tour wins (41).

The Hall of Famer has 15 wins in majors, trailing only Jack Nicklaus, who has 18. Woods has won the Master Tournament and the PGA Championship four times, in addition to becoming the champion of the U.S. Open and The Open Championship on three occasions.

Injuries are taking their toll on Woods, but it is implausible that anyone will ever match his PGA Tour winnings total even if he calls time on his professional golf career today. 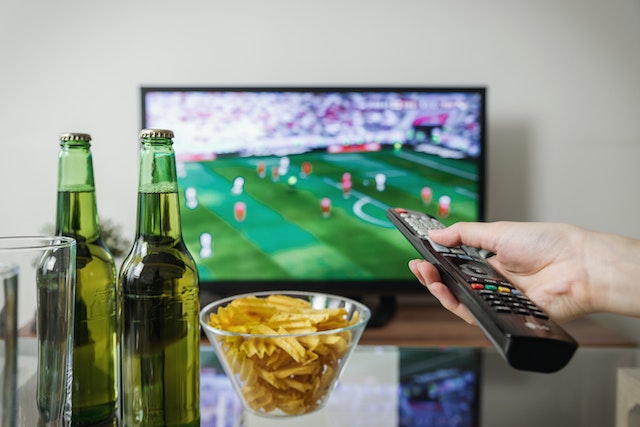 How To Concentrate More Efficiently With ADHD

Is Velocity Banking Right for Your Clients?

8 Best Christian Gift Ideas for Your Friends and Family Members